Dialogue Commission to Publish 'From Conflict to Communion'

For the first time, Lutherans and Roman Catholics at the global level have worked together to tell the story of the Reformation as part of their commitment 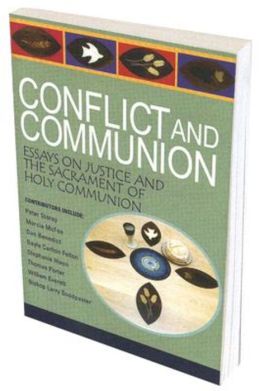 The publication From Conflict to Communion will be published this month by the Lutheran – Roman Catholic Commission on Unity. The commission is mandated by The Lutheran World Federation (LWF) and the Vatican’s Pontifical Council for Promoting Christian Unity (PCPCU) to facilitate the global ecumenical dialogue between the two Christian World Communions.

LWF Assistant General Secretary for Ecumenical Relations Rev. Dr Kaisamari Hintikka said the publication From Conflict to Communion: Lutheran–Roman Catholic Common Commemoration of the Reformation in 2017contributes to strengthening the commitment to work for the visible unity of the Church. It will be presented to the LWF Council at its meeting this June.

“After centuries of mistrust and prejudging between Lutherans and Catholics, we see this [publication] as a great opportunity to reflect together on the burdens of history, and to open more possibilities for witnessing together, not just as individual Christians but as Christian churches,” Hintikka said.

Hintikka emphasized that writing together From Conflict to Communion has been possible because of the process of deepened mutual understanding between Lutherans and Catholics that led to the JDDJ.

LWF and PCPCU representatives jointly signed the JDDJ on 31 October 1999 in Augsburg, Germany, officially declaring that mutual condemnations at the time of the 16th century Reformation do not apply to their current teaching. Other ecumenical partners’ follow up to the historic agreement include the Methodists’ affirmation of the JDDJ in 2006, and the publication The Biblical Foundations of the Doctrine of Justification (2011).

“Through From Conflict to Communion Catholics and Lutherans confess that they are responsible for the fracturing of the unity of the Church. At the same time the document sets the remembering of the Reformation anniversary as a possibility for new efforts both in healing of memories as well as in restoration of Christian unity,” Hintikka said.

“The insights of the Reformation were so powerful that they not only significantly shifted the theological and spiritual understandings but also challenged the prevailing perceptions of structures of societies and the self-understanding of human beings,” Hintikka said.

Within the LWF, the Reformation anniversary will also invite discussions on Lutheran identity, spirituality and theology, she added.

Topics discussed in From Conflict to Communion include the Reformation commemoration in an ecumenical and global age; basic themes of Martin Luther’s theology with a view to the Lutheran–Catholic dialogues; and emphasis on five ecumenical imperatives for the relationship between Catholics and Lutherans as they commemorate 2017 together.

The publication offers LWF member churches an opportunity to “learn not only about their own historical and theological roots but also about our relations with the Catholic church—why they have been on the one hand so challenging and on the other hand so important for us to reflect on,” Hintikka concluded.

The full text of the publication From Conflict to Communion will be released on 17 June at a joint LWF-PCPCU press conference during the LWF Council meeting in Geneva.