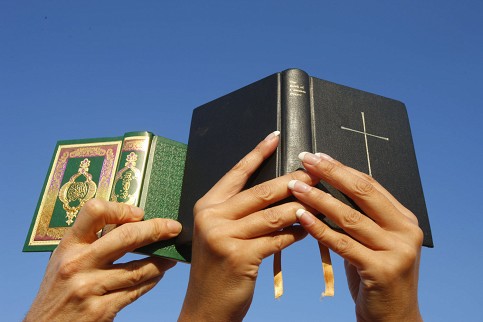 Photo: islamineurope.blogspot.com
15. The Roman Catholic Church priest system (including Popes) has a history of sexual abuse of women and children. Islam has a history of (including Muhammad) sexual abuse of women and children.
16.  Both religions believe in using FORCE to spread their version of the one true god to the unbelievers.
17.  Both religions believe in a union with the state or of using the police powers of the state to compel obedience to their tenets.

18   Both religions have a "holy" shrine in which the believers are taught to look to as their headquarters e.g. Mecca and the Vatican.