Asserting that Laylah al-Qadr is the 27th Night

`Ubādah b. al-Sāmit relates that Allah’s Messenger emerged from his home to inform people of the exact night of Laylah al-Qadr. He was met with two Muslim men having an argument. He said: “I came out to inform you when Laylah al-Qadr is, but those two people were arguing, so knowledge of it was taken from me. That might be for the best. Seek it on the twenty-ninth, the twenty-seventh, and the twenty-fifth nights.” [Sahīh al-Bukhārī (49)]

This shows us how horrible it is to argue with one another for no good reason, especially when it brings harm. Arguing like that leads to the truth becoming obscured and kept from the people.

Ibn `Umar relates that one of the Prophet’s Companions said he saw in a dream that Laylah al-Qadr was one of the last seven nights of Ramadān. Allah’s Messenger, upon hearing about it, said: “I see that your dream accords with the last ten nights, for whoever wishes to seek it should do so during the last ten nights.” [Sahīh al-Bukhārī (2015) and Sahīh Muslim (1165)]

Ubayy b. Ka`b used to swear upon it. `Abd Allah b. Mas`ūd said to him: “Whoever observes prayer the whole year through will be sure to find Laylah al-Qadr.”

So Ubayy replied: “I swear by Allah that I know which night it is. It is the night which Allah’s Messenger ordered us to observe in prayer. It is the night on the eve of the 27th of Ramadān. Its sign is that the Sun will rise in the morning of that day white without exuding any rays.” [Sahīh Muslim (762)]

Ibn `Abbās also said: “It is the twenty-seventh night.”

It is also related that once `Umar had gathered together the leading Companions, and included Ibn `Abbās among them. Some of those present protested: “He is like one of our sons. Why do you include him among us?”

`Umar replied: “He is a young man with a rational heart and an inquiring tongue.” He commended him further to the Companions, then asked them about Laylah al-Qadr. They all agreed that it fell on one of the last ten nights of Ramadān. Then he turned to Ibn `Abbās and asked him.

Ibn `Abbās replied: “I know, or at least think I know, which night it is. It is the twenty-seventh night.

They asked him how he knew this. He replied: “Allah created seven heavens, and likewise seven Earths. He made the week seven days long. He created the human being from seven. [During pilgrimage] Allah has us circumambulate the Ka`bah, walk between Mount Safā and Mount Marwah, and stone the jamrahs seven times each.” In this way, Ibn `Abbās concluded that Laylah al-Qadr was the twenty-seventh night. [Musannaf `Abd al-Razzāq (7679)]

It seems most likely that Laylah al-Qadr moves from one day to another in various years, but that it most often falls on the twenty-seventh night. However, it might also be the twenty-first night on account of the following hadīth related by Abū Sa`īd al-Khudrī:

The Prophet said: “I was informed of which night it is, but I was made to forget it; so search for it in the odd nights of the last ten nights of Ramadān. In a dream, I saw myself prostrating in mud and water.”

The clouds came on that night and it rained. I was observing i`tikāf on that twenty-first night night and I saw the Prophet in his place of prayer. I looked at him when he finished the Morning Prayer and saw that his face was covered with mud and water.” [Sahīh al-Bukhārī< /em> (2018) and Sahīh Muslim (1167)]

This is evidence that Laylah al-Qadr falls on the twenty-first night. 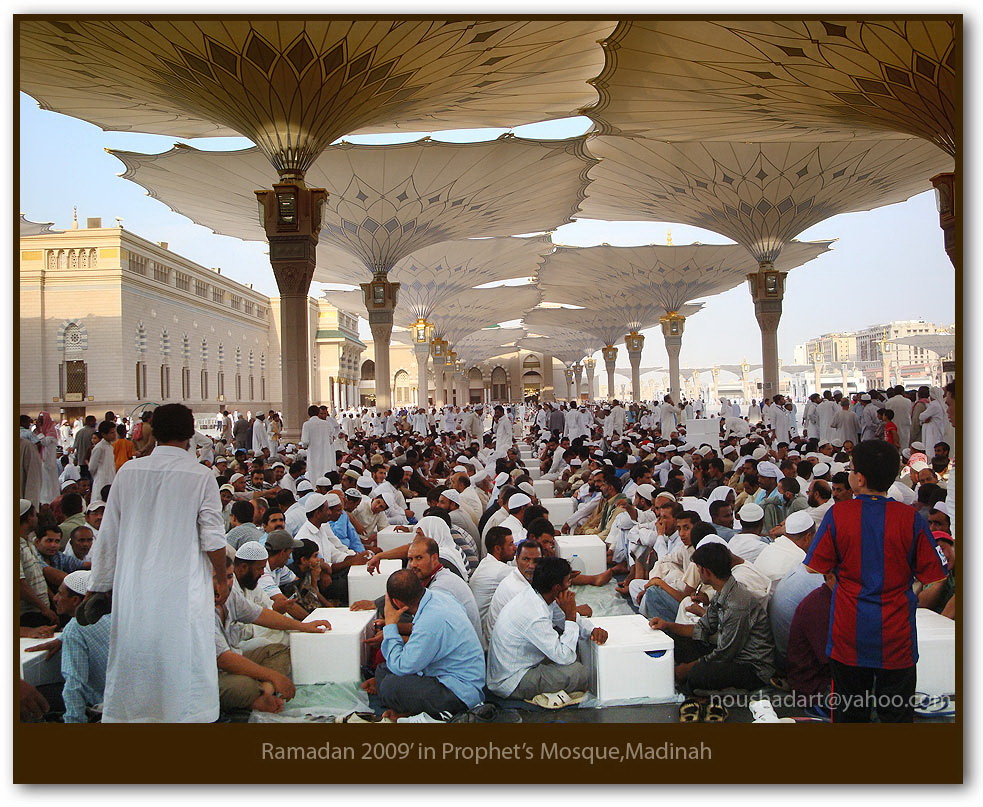 The Signs of Laylah al-Qadr

Ubayy b. K`ab related that the Prophet mentioned one of these signs as being that “the Sun will rise in the morning of that day white without exuding any rays.” [Sahīh Muslim (762)]

Wāthilah b. al-Asqa` relates that the Prophet said: “Laylat al-Qadr is a bright night, neither hot nor cold, in which no meteors are seen.” [Mu`jam al-Tabarānī al-Kabīr (139)]

Some people mention other signs which have no basis. They are not true signs, and I mention them only to alert us against them. For instance, al-Tabarī mentions that some people said: “One of the signs of Laylah al-Qadr is that the trees droop until they reach the ground, then they return to their proper positions.” This is certainly untrue.

People say that salt water turns sweet on that night, dogs do not bark, or that light pervades every place, even areas of shadow. All of this is untrue. They contradict the evidence of our eyes as well as our religious teachings. If these supernatural events were to take place every Laylah al-Qadr, they would have provided unequivocal evidence to humanity which would compel everyone to believe. However, Allah commands humanity to worship Him on the strength of their faith in the unseen.

It is not essential to know that it is Laylah al-Qadr to get the full blessings of worshipping on that night. It may be that many of those who are unaware which night it is, but pray and weep and beseech their Lord in earnest, achieve a greater reward with Allah then those who identify the night. What matters is to strive hard and to be sincere in worship.

The Prophet answered: “It will endure until the Day of Judgment.” [Sunan al-Nasā’ī al-Kubrā (3427)]

This shows that the Muslim community is favoured and blessed, and that it will endure. Allah extends His mercy to all of His servants. The benevolence and grace He shows to those who are penitent, devout, and humble will always be there until the day He inherits the Earth and everything on it. Indeed, Allah is the Best of Inheritors.