Prayers for Kenyans impacted by the Westgate tragedy

Rev. Dr Olav Fykse Tveit, general secretary of the World Council of Churches (WCC) has expressed “profound sadness” over the killings at the Westgate shopping centre in Nairobi, Kenya last week. While condemning these acts of violence in two letters to Kenyan churches and the nation’s president, he offered prayers for all those impacted by this tragedy.

According to recent media reports, more than 60 people were killed after Somalia-based al-Shabab militants stormed the Westgate centre in Nairobi on 21 September.

Tveit extended his “sincere condolences to the families of all those who have been killed” and expressed “sympathy to all those who are suffering from the after-effects of these traumatic experiences”. 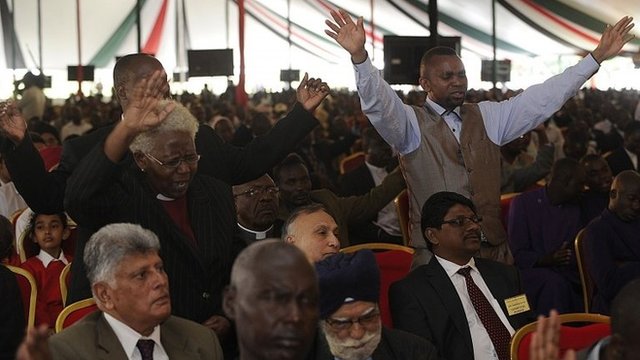 Calling these acts of violence against innocent civilians “deplorable and barbaric”, he expressed appreciation for the Kenyan government’s efforts in bringing an end to the standoff. Tveit also expressed his hopes that officials will “bring perpetrators of the massacre to justice”, ensuring “security and peace with justice for all Kenyans.”

He encouraged the WCC members churches, saying, “May the God of life continue to give strength to you to ‘seek peace and pursue it’ (Psalm 34:14)”.